Since being founded in 1994 Project SHARE has worked collaboratively with state and federal resource agencies, academia, other NGO conservation groups, and private landowners to create a habitat restoration program targeting the recovery of Atlantic salmon and other cold-water native fishes. That program has focused on restoring stream connectivity hindered by undersized culverts, with SHARE improving stream connectivity and processes at more than 200 Downeast Maine sites by 2016.

It has been well documented that undersized/improperly-placed culverts at road/stream crossings have a variety of detrimental effects. Passage through a culvert by aquatic organisms can be impeded or blocked completely. They affect stream hydrology, which can result in increased water temperatures, diminished sediment and nutrient transport, and maintenance issues for the landowners.

In 2001, when Atlantic salmon were listed as Endangered, stream habitat in the Narraguagus watershed was fragmented (undersized culverts), lakes were isolated from outlet streams (remnant dams and undersized culverts), and stream channel complexity was reduced (log drives, road sediments). The geomorphic consequences of historic removal of in-stream features and installed culverts include altered channel form, hydrology, and movement and distribution of wood, sediment, and nutrients through the watershed. The biological consequences include inaccessible rearing and spawning habitat for Atlantic salmon and alewives, and less productive Atlantic salmon, American eel, and sea lamprey rearing habitat. As a result, the numbers of these species emigrating through the estuary and coastal zone is reduced.

Below you will find a series of maps that show the connectivity of catchments in one of the Narraguagus River sub-watersheds. Working in concert with the area landowners, stream connectivity has increased over 18% in the past 18 years (most of that in the last 4 years) in this sub-watershed. In 2000, just before the listing of salmon, 80.7% of the stream habitat was fully connected (117.6 miles out of 145.7 miles); as of January 1, 2019, 98.4% of the stream habitat is connected (143.4 miles out of 145.7 miles). 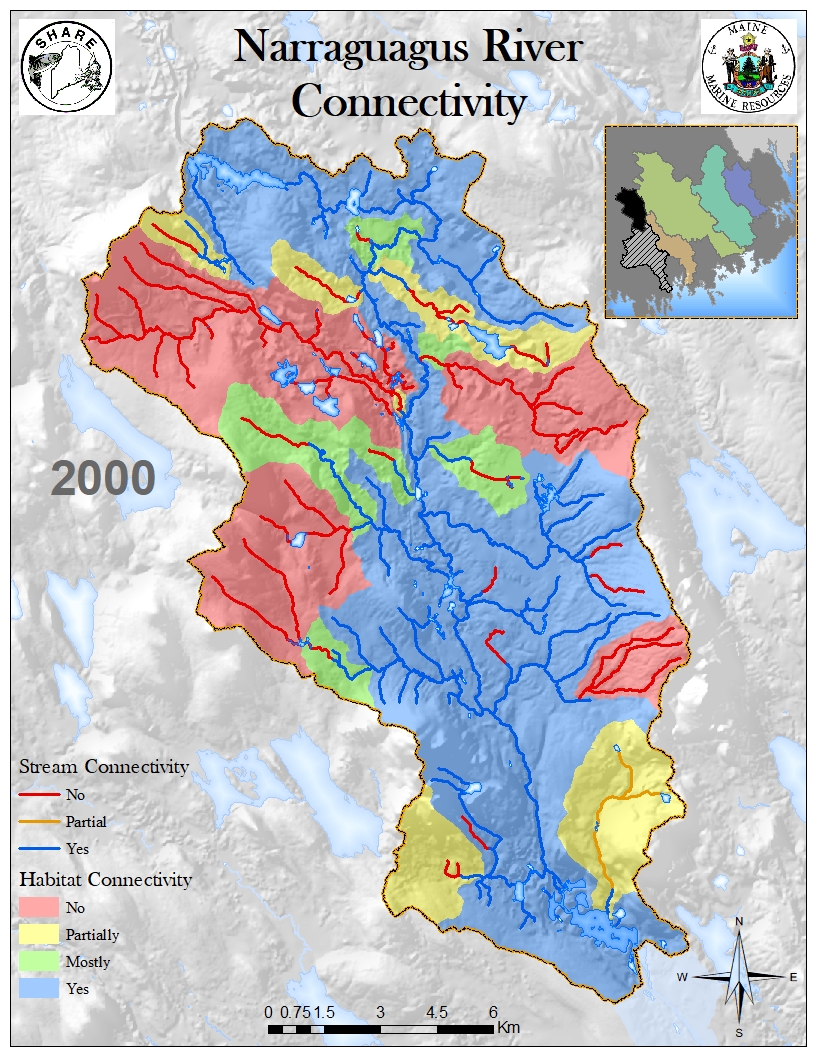 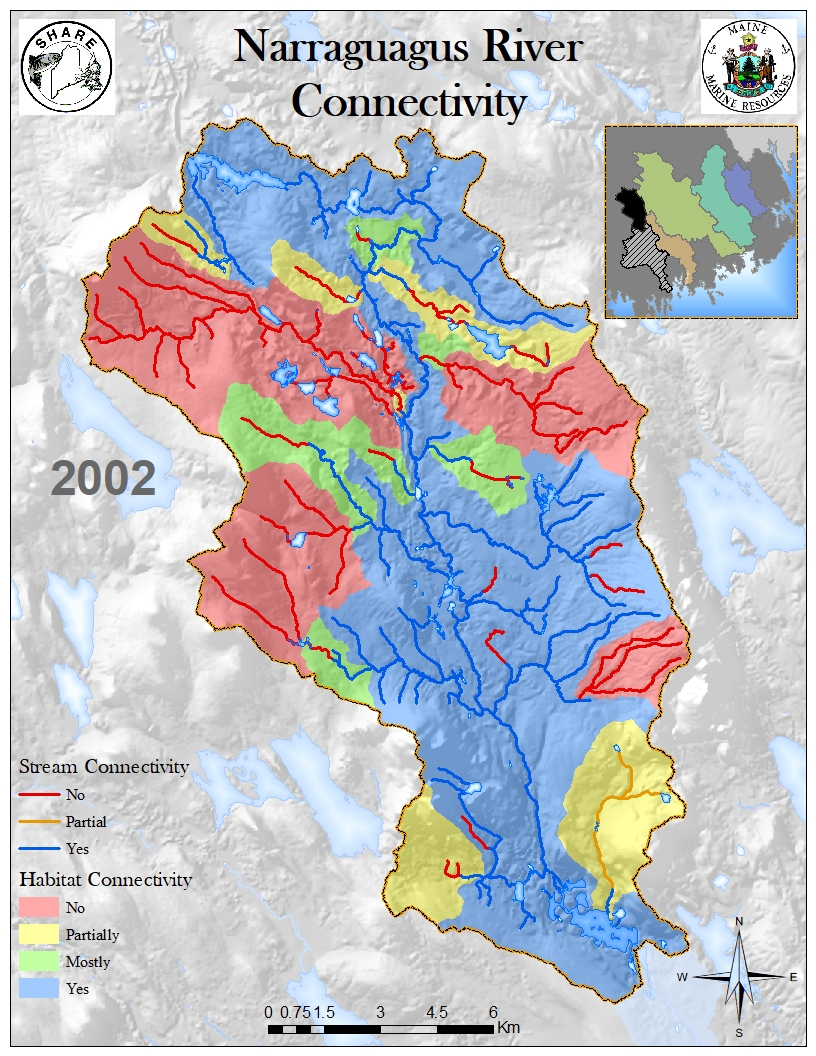 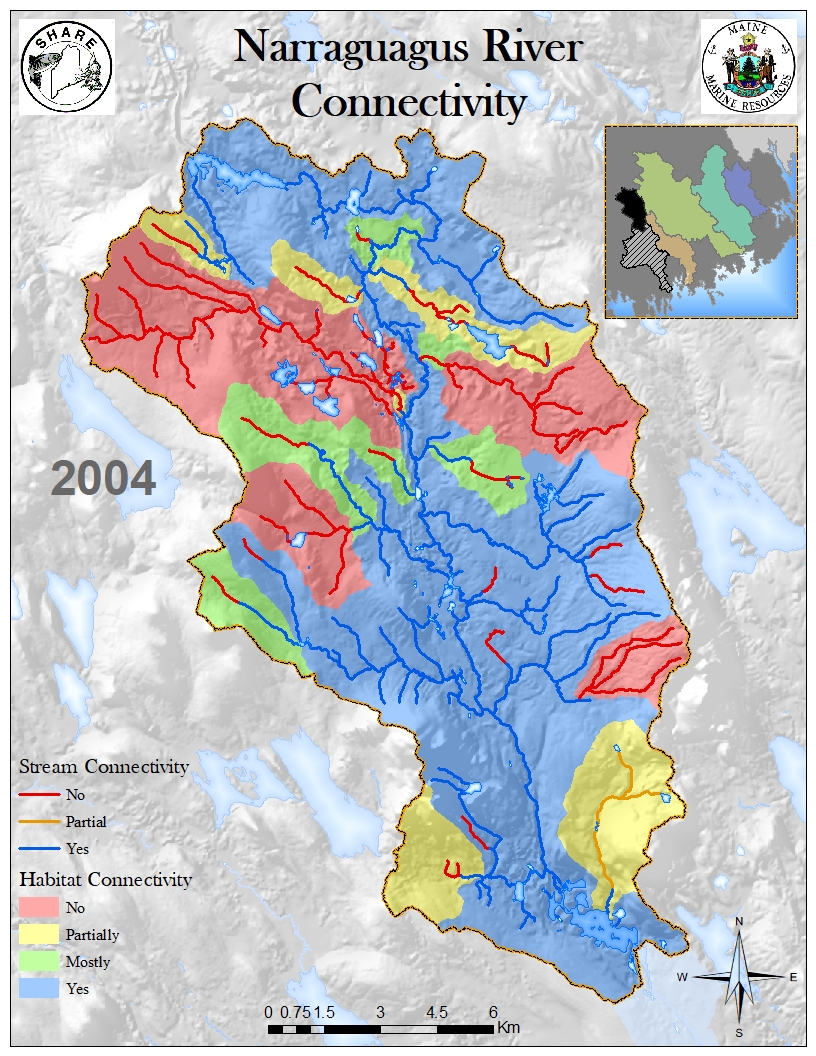 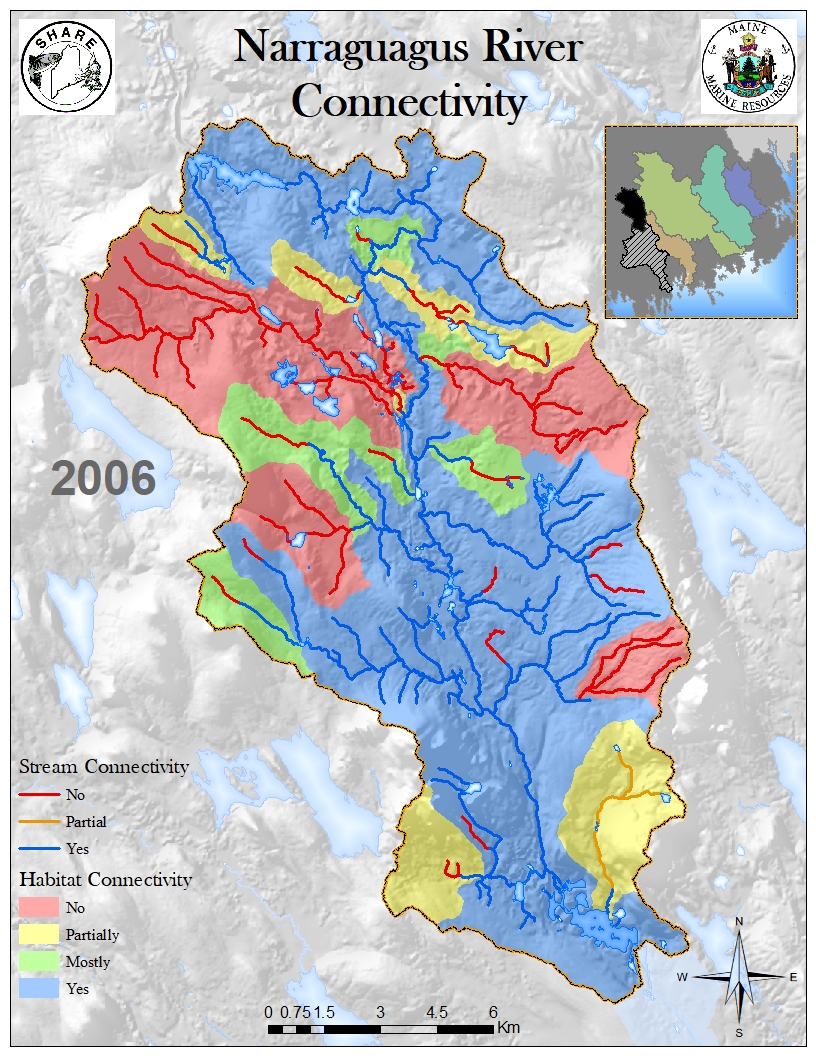 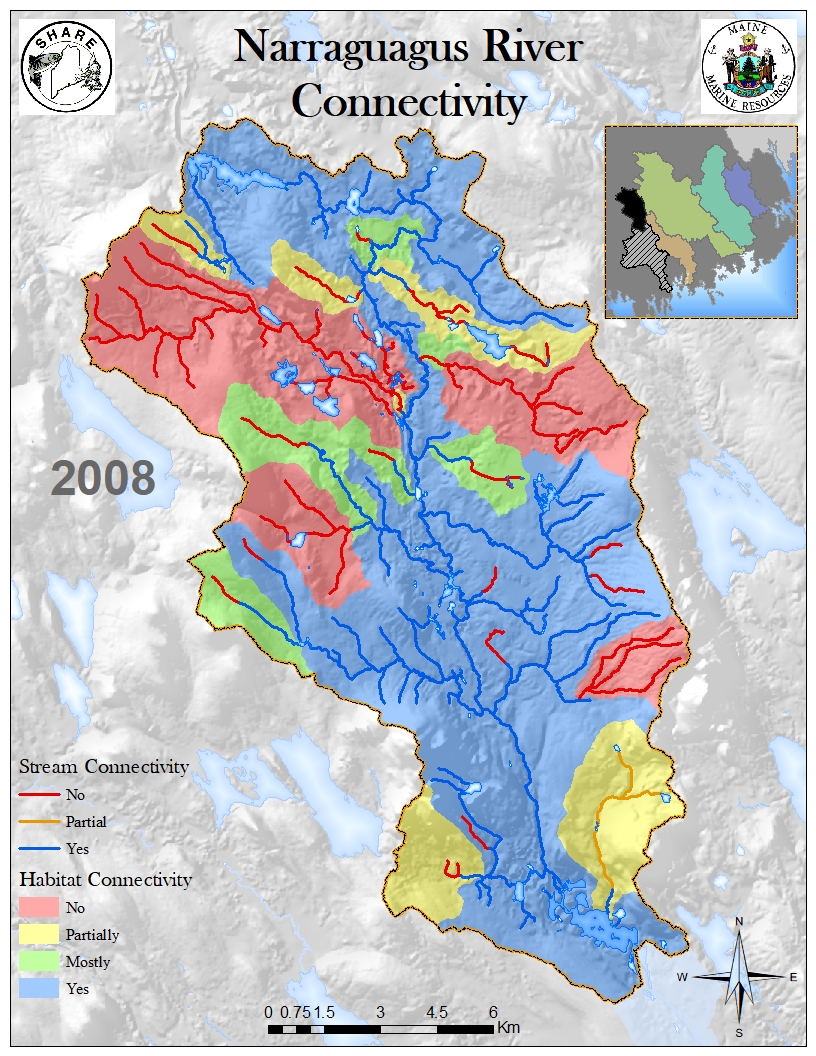 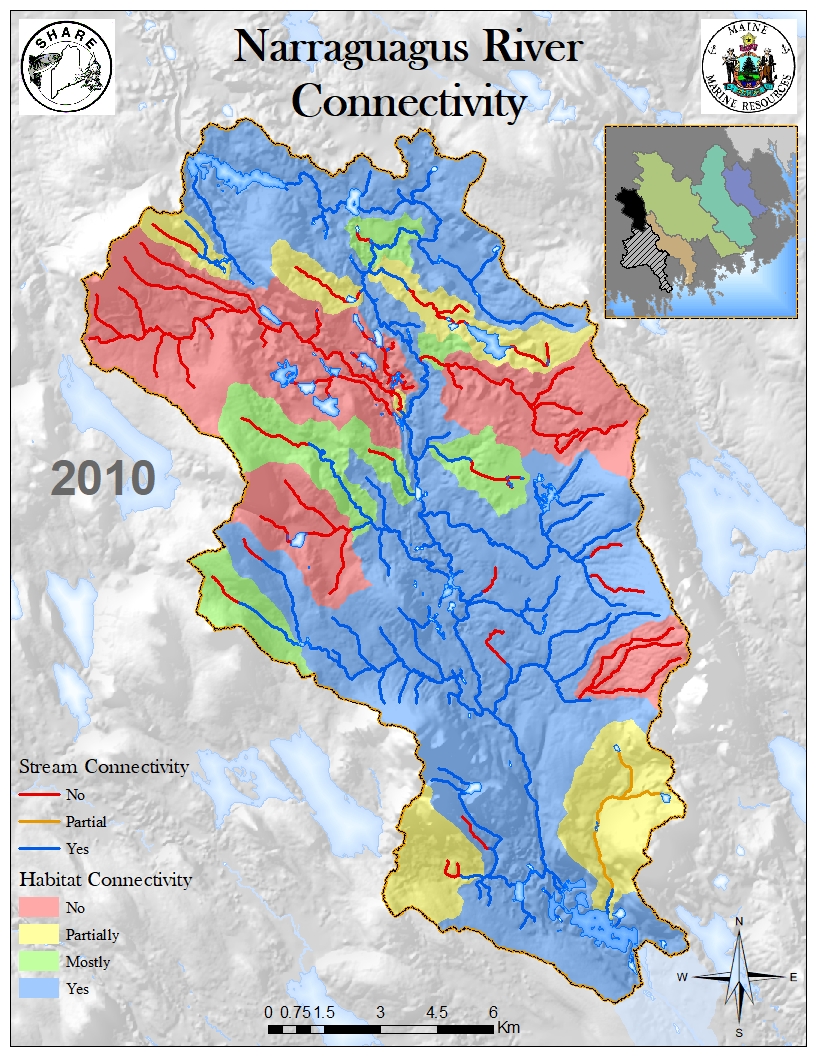 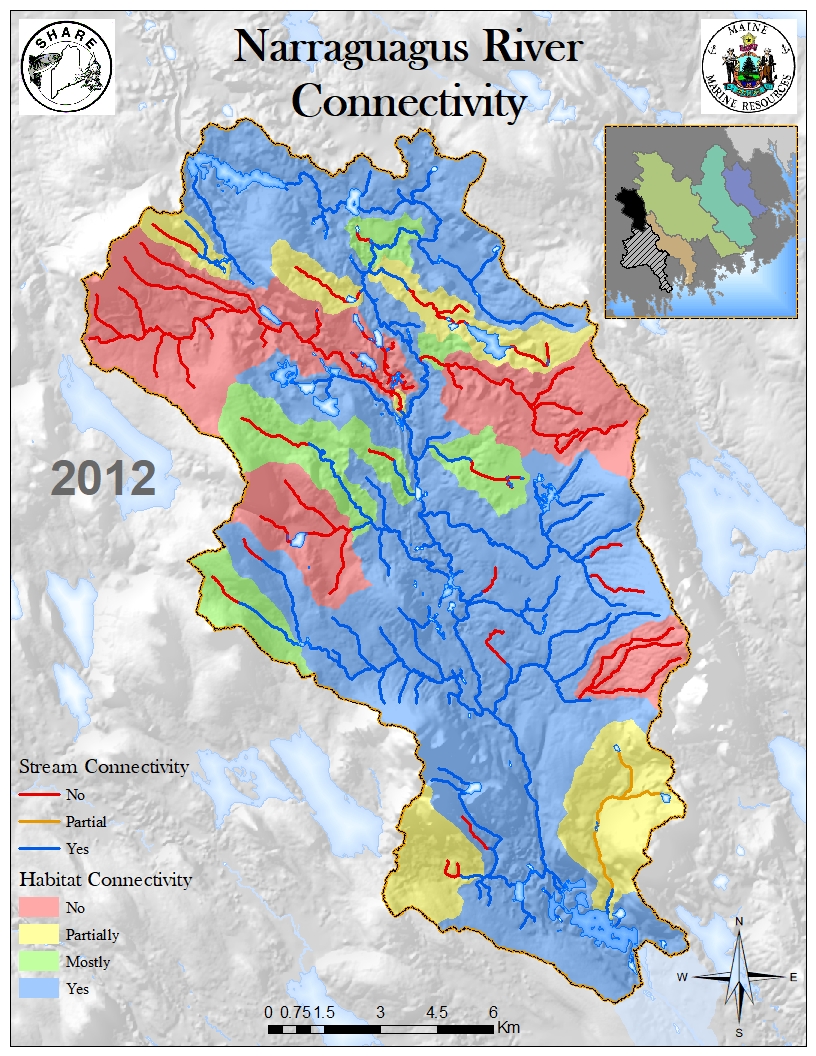 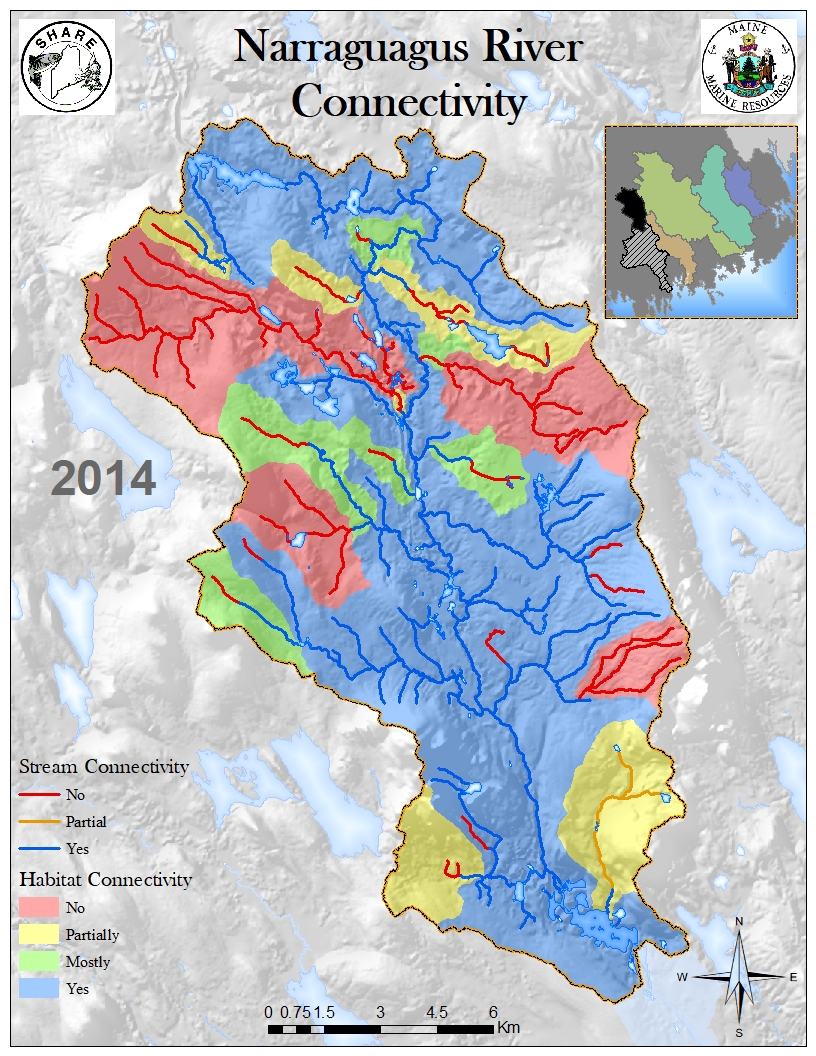 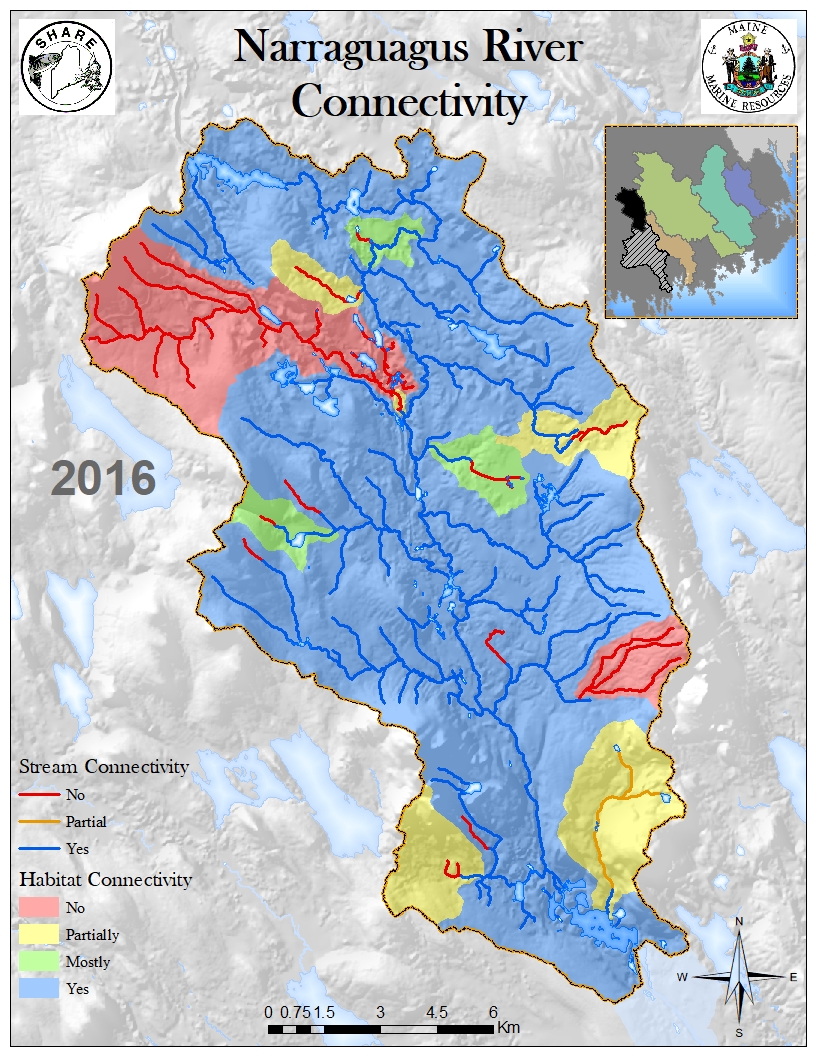 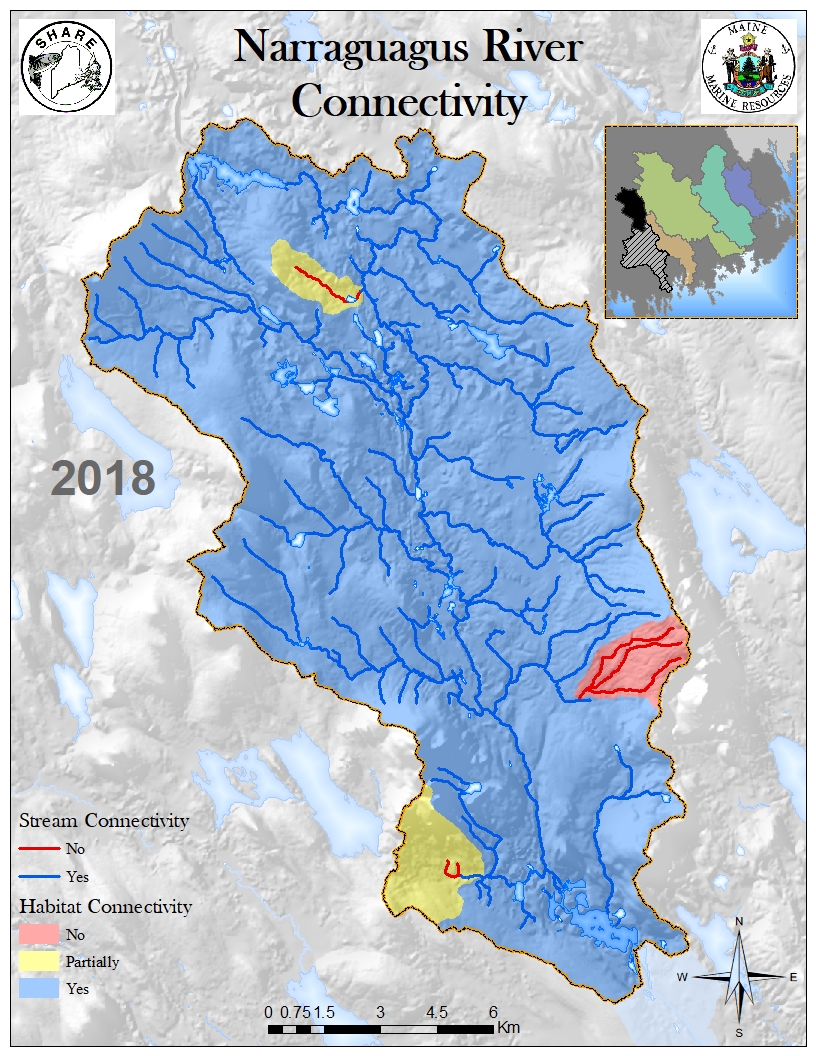